Home / Features / Craft-Toberfest: An Annual Celebration Of The Beer Made Here

Craft-Toberfest: An Annual Celebration Of The Beer Made Here

By Daniel Matthews on October 5, 2015@danielmatthews0

Oktoberfest is upon us. Rejoice!

We love celebrating Oktoberfest in America—the bier, the bratwurst, the lederhosen, the polka, the… The what? The appropriation. We love to appropriate other cultures’ culture. And there’s nothing wrong with that, right? Besides, Oktoberfest is just plain old fun, and plenty of countries around the world celebrate it.

Original Grain wants to send you to Germany this Fall.

Free and easy to enter. Must be 21 or older.

We make Oktoberfest our own, like Rome did with Grecian culture back in the day. We’ve fashioned the quilt of American culture this way. But German bier isn’t our beer, and what do you know—we’ve got a distinct craft culture and a new, sustainable economy emerging around it.

The largest Oktoberfest celebration is in Munich in September

It’s time. Time to create our own American beer festival, one that goes beyond what we’ve already got. This isn’t a nationalistic statement. It’s based on reality. The reality of where the beer we love is flowing from right now.

America’s breweries and the people who support them are the backbone of a true American beer culture. So while it’s a great novelty, and important to celebrate Oktoberfest as a symbol of a culture’s tradition and love of the craft, let’s acknowledge our own culture’s craft–our new beginnings. Let’s celebrate what we’ve got going here by creating our own nationwide Beerfest.

Yes, there’s reason why Oktoberfest and the German beer tradition are great. Germany has the two oldest breweries in the world still operating, Weihenstephan and Weltenburger Klosterbrauerei. The latter is a Bavarian brewery, and Oktoberfest kicked off in Munich, the capital of Bavaria, Germany.

There’s some debate about which brewery came first because they both started as abbeys. If you count an abbey as a brewery, a Bavarian brewery came first in the world in 620 B.C. In terms of its modern beer drinking scene, Munich is home to the Hofbrauhaus, possibly the most famous beer hall worldwide. There are many beautiful Beer Halls in Munich, but most people would agree with me that Hofbrauhaus is the best of the bunch.

So, this is where Budweiser got all of its marketing ideas…

In 1810, Bavaria’s Prince Ludwig got hitched to Princess Therese and they had a good ol’ fashioned festival on the Theresienwiese fields before the gates of Munich; the next year, they threw horse races into the mix. Horse races were the clincher due to their popularity, but as the years passed, and the festival continued annually, the horses dropped off and the party continued. Verschleiert! Welcome to the Weis’n! You’ve got the world’s biggest folk festival with around 6 million in attendance each year and 1 million gallons of beer consumed.

But that still doesn’t explain why we celebrate the festival here in America.

Turns out Germans are the largest ethnic group in America, a group that maintains some part of its cultural heritage. Ronald Reagan even proclaimed October 6th as German American Day (but that’s after the traditional Oktoberfest ends, on the 3rd). Oktoberfest is an important part of German heritage (note: Germany became a nation in 1871, so Oktoberfest is actually a Bavarian tradition that Germany felt happy continuing).

With Oktoberfest and with St Patrick’s Day alike, we celebrate the important occasions marked by our most populous immigrants. And we like to drink beer. A lot. The key to why we should have our own gigantic beer festival comes down to why those immigrants came here to begin with, and what we’re doing with beer.

According to Gale Group, “most historians note that the [German] mass migrations were mainly motivated by the desire for economic opportunity and prosperity.” Like most immigrants, Germans came here so they could do exactly what independent craft brewers are doing today: thrive. I’ve heard the statistics so often I don’t even need to look them up. Craft beers took 11% of the brew market share last year, and there are around 3,500 craft breweries operating in America today, with about a 20% increase in the number of breweries.

This is not without precedent. Back in the day George Washington and John Adams encouraged American revolutionaries to drink local as a part of the British boycotts. Now there’s a resurgence of the local spirit. We’re pioneering craft and home brewing, we’re experimenting—as us Americans are wont to do—and badasses like Stone Brewing are competing on an international scale by opening up shop in Berlin. 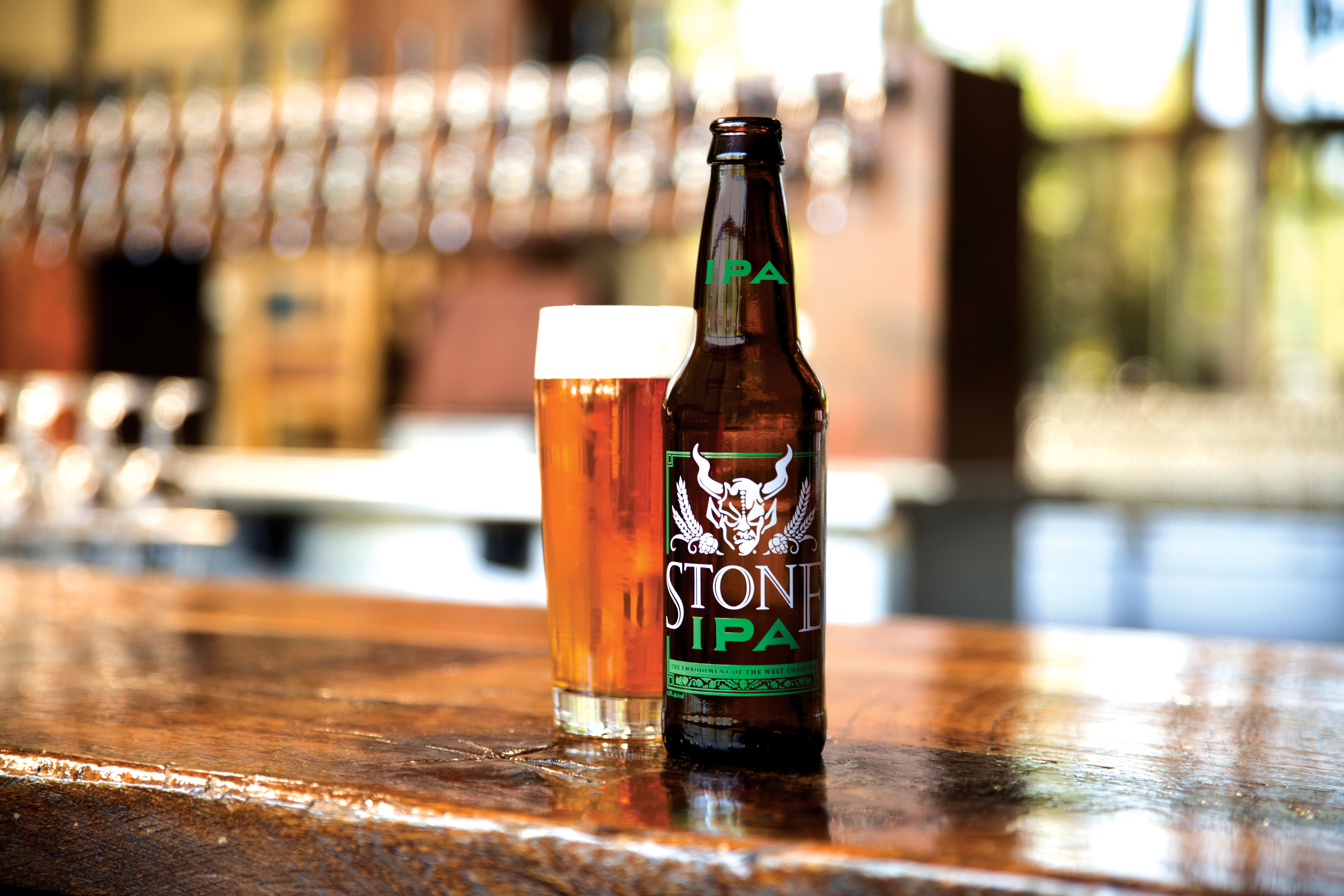 15 years ago, you’d have laughed me out of Idaho if I told you the U.S. would be exporting beer to Germany.

This doesn’t mean we should supplant Oktoberfest. But it would mean we’re growing up as a country. Let’s choose a date, and celebrate the marriage of life, liberty, and the pursuit of great American craft beer.

We celebrate American Craft Beer Week separately, as individual states whose brewers and brewpubs coordinate with each other, and that’s a beautiful thing. But should that stop us from having an actual festival, in a single, designated location, where people travel from around the country and around the world to celebrate?

American Craft Beer Fest might qualify, but it’s smaller than what I’m talking about. Only 15,000 people celebrate it. I’ve been to bigger music festivals, by far. 140 brewers participate. What about the other 3360 brewers in America?

Again, the idea here is not to denigrate or supplant Oktoberfest or American Craft Beer Week. These are respective traditions that can and should stand. But dammit, they’re not festivals in the truest sense of the word. And yes, I think there’s room for one more festival. Do we need an all-important occasion to kick it off? With that, we can also ask, is there anything all-important to Americans today, or are we too divided to make this happen?

Daniel Matthews is a writer, musician, and beer enthusiast from Boise, Idaho. He does not believe his three passions are mutually exclusive.
Related Itemsamerican craft beer weekbeerbeer eventsbeer historybeer weekbrewerbreweriesbrewersbrewerybrewingCraft Beercraft beer weekeventsgermanyoktoberfestopinion
← Previous Story Going Green With Glass: How Some Beer Ended Up And Remains In Green Bottles
Next Story → Nom Nom Namaste: 5 Reasons To Try Pairing Your Yoga With Craft Beer

Close
Do you want up to date announcements about your favorite beers and breweries?